From the Cynical to the Optimistic

I have a very cynical outlook on the future concerning "peak oil". I believe that it has already begun to affect us. I think that essentially any society or any person who relies on oil, which is everyone except for the country of Brazil, will be in deep demise because of the rising price of oil. 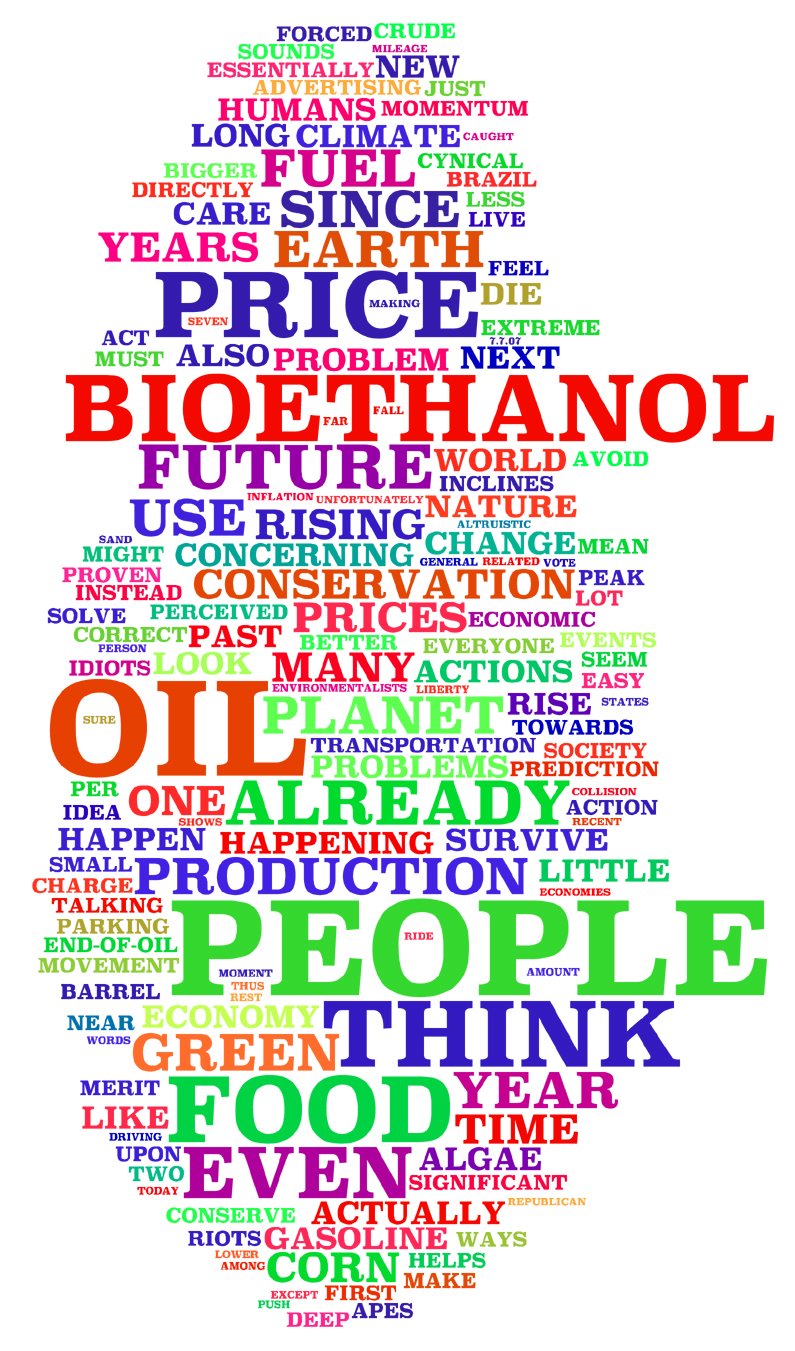 However, that concept is nothing new, but what I don't think anyone has considered is the "perceived end-of-oil" by the markets. The price for crude oil per barrel is already predicted at over $150 per barrel in a little under just one year! To think that onlyl a mere year ago it was half that price! So, if gasoline is directly related to the price of crude oil, it will have doubled in price by next year. Doubling in two years time is a sharp increase for any economy. If the future prediction is correct, and that prediction is by market analysts not doomsday predictors or someone selling a book, then we are in for a ride of a lifetime!

Inflation among many other dire events will contribute to an economic crash of any oil economy. The United States of America will have trouble for sure and then the rest of the world will follow since all of our economies are interlinked in this new world of globalization and the global economy. If any of this sounds familiar, then it is because it is already happening as you read this. It will be like dominos beginning to fall and everyone will feel it whether they use oil or not.

Beyond the next year or two, there will be no concern towards the use of corn as the main ingredient for bioethanol fuel production. Scientists have already figured out a solution for not using any type of food as fuel. They have come up with a very easy way to use algae to produce bioethanol instead of corn. Making fuel from corn in the first place wasn't a wise idea since food is already scarce amongst the world. I wonder what Malthus would say today since he was "proven" wrong in the past, but might be "proven" correct in the near future. I think the few who came up with the idea to use corn for fuel were basically looking at Brazil and modeling their bioethanol production after the sugarcane method. I wouldn't want the air smelling like popcorn anyway!

I also think that this rise in oil price will push people to conserve although doubtful for some people because they could care less. Through that conservation, which is already happening because of the price of gasoline, people will look at new ways to save money on their gasoline consumption which actually helps the Earth and helps avoid a total collapse because of oil addiction. I've seen news specials about people driving less, planning their trips better, and even trying to maximize their gas mileage in many strange and extreme ways such as finding paths that avoid steep inclines, avoiding accelerating and deccelerating, and parking purposely on inclines to allow an easy drive away from their parking spot. It is extreme, but it is working for those people and the number of people doing these methods is on the rise. Unfortunately their conservation does not counteract the lack of conservation by the majority of people.

I also must say that this "green" movement has caught on very strong since Al Gore's 7.7.07 Live Earth event. Everywhere that I look corporations are talking "green" or advertising "green". Of course some of the advertising really has no merit, but a lot of it does have merit and is truely "green". I am impressed and a little surprised with this movement and the momentum that it gained.

In the long run, if we don't switch to bioethanol produced from algae and then eventually move to hydrogen fuel, we are up a creek without a paddle. I think it will happen, but it will happen just about 5 to 10 years too late as far as preventing some of the disasters that are possible such as an economic depression, severe climate change, and many political wars over food and oil. Humans will survive though, but hard times are ahead before the "idiots in charge" actually shift us into the future instead of profiting from the past. I don't mean oil companies or the president either. By "idiots in charge", I mean the general populace and the legislature. People are selfish by default and don't care about the Earth. Even the so called liberals and environmentalists don't seem to care about the Earth. I say this because I was the only one who rode my bike to vote in the Democratic Primary in Texas and I consider myself more Republican! If that doesn't explain the problem of lazy people and their self-interests overwhelming their altruistic concerns, then I don't know how to do it any better.

People are a lot of talk, but very little action. Not until they are forced to act, which is essentially what I think will happen, do people actually take their words and act upon them. This myopic viewpoint on action applies to energy conservation and even bigger problems such as the possibility of climate change. How can you solve a problem if you are unwilling to make significant sacrifices to solve these seemingly impossible problems when you can't see past the next month or year or even 10 years in regards to your actions. Small actions don't seem to make a difference so people don't even do those. Small actions over a period of time adds up to a very significant amount. One must think as big as seven generations or bigger. Humans have been here a long time and will be here for a very long time even if chaos breaks out in the near future because of the crisis of "peak oil". We adapt and survive very well. Only events such as an all out nuclear war or a serious asteroid collision could eliminate us from the planet. Even then, a few might survive and begin anew much like the story of Noah. Then a couple thousand years later there will be a human society once again.

The one thing that makes me feel at peace at night and when I look upon nature in it's raw form is if humans live or die, nature will prevail. If we die from this planet, nature will regain control of the planet and equalize everything back to how it was before our impact. Similar to how Planet of the Apes shows the future with the Statue de la Liberté burried deep below the sand minus the talking apes on horses. If we don't die, we will have solved most if not all of the problems concerning this Earth and we will hopefully become the protectors of this planet that we were supposed to be.
Posted by Unknown at 10:45 AM

What have you done for your Earth today?